The importance cycling in an end-to-end journey 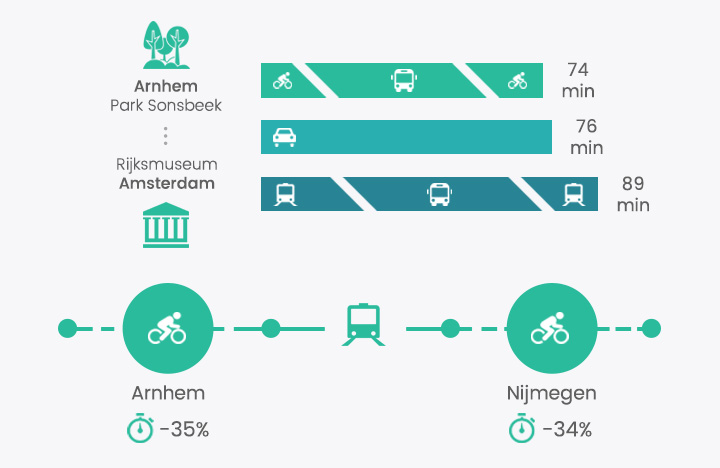 The majority of journey planning apps have the option to choose either public transport or bike as modality. However, the combination of using a bike with public transport is often overlooked as option. And this is a shame, as evidence shows that there is much to gain from the combination of these two modalities. The urban engine was used to showcase the power of using a bike in transport planning by CEO's of NS and Prorail at the Velo-City conference.

Travelling from Park Sonsbeek, Arnhem to Rijksmuseum in Amsterdam will get you on your destination faster when travelling by car. The journey time difference is 13 minutes. However, when exchanging travelling to the train station by bike instead of bus, the journey becomes much more attractive. It becomes competitive with the car.

To generalize this insight, not only an individual location is evaluated but all locations in Arnhem towards the central train station. It showed that it is on average 35% quicker to take the bike to the station than going by bus. When doing the analysis for Nijmegen it shows a similar result: the bike is 34% quicker than the bus. The use of bike as part of journey planning is highly undervalued. The use of Urban-Engine can give more insight in the integral journey solution cities can offer.

Note: these journey plans are averaged over several departure times and days of the week to get an weighted average. 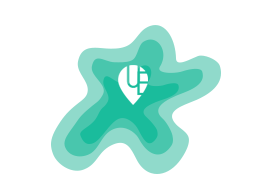 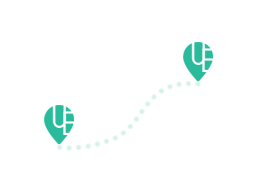 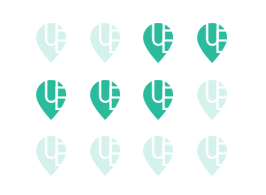 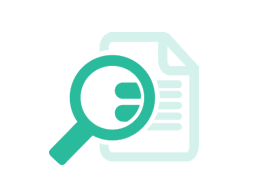 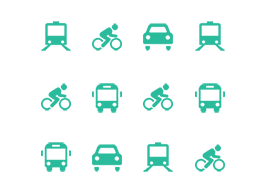 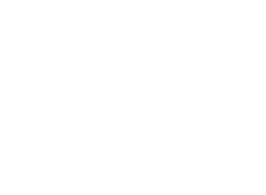